Joe Wilkins’ Fall Back Down When I Die 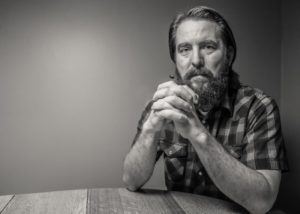 Poet and memoirist Joe Wilkins returns to Livingston’s Elk River Books to read from and discuss his debut novel, Fall Back Down When I Die, on Thursday, June 6, at 7 p.m.

Set in rural Montana, Fall Back Down When I Die tells the story of an orphaned and destitute ranch hand, Wendell Newman, who finds himself having to care for the traumatized, 6-year-old son of his incarcerated cousin. A murder and subsequent manhunt put the two in grave danger as Wendell tries to protect the child while avoiding the same violent end that claimed his father a decade earlier.

According to a Publisher’s Weekly review, “[Fall Back Down When I Die] achieves an undeniable cumulative emotional power as the fates of its memorable characters play out. This is an accomplished first novel, notable in particular for its strong depiction of the timeless landscape of Montana’s big sky country.” 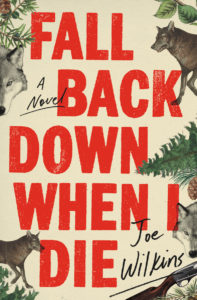 Wilkins is the author of three poetry collections, most recently When We Were Birds, winner of the 2017 Oregon Book Award in Poetry. His work has appeared in numerous literary journals, including The Georgia Review, The Southern Review, Harvard Review, Orion, TriQuarterly, Ecotone, The Sun and High Country News. His memoir, The Mountain and the Fathers: Growing up on the Big Dry, won a 2014 Great Lakes Colleges Association New Writers Award. He received an MFA from the University of Idaho, and now directs the creative writing program at Linfield College.