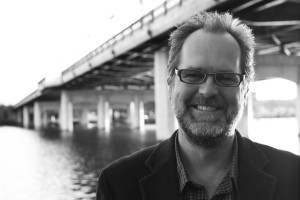 Former Missoula Independent editor Brad Tyer will stop in Livingston to read from his new book, a “memoir-meets-exposé” called Opportunity, Montana: Big Copper, Bad Water, and the Burial of an American Landscape, at Elk River Books on Saturday, April 6 at 4 p.m.

Opportunity is the story of the town where Butte’s toxic waste was dumped—whatever didn’t end up in the Clark Fork River came here. “In the twenty-first century, Montana’s draw is no longer metal, but landscape: the blue-ribbon trout streams and unspoiled wilderness of the nation’s ‘last best place.’ To match reality to the myth, affluent exurbanites and well-meaning environmentalists are trying to restore the Clark Fork River to its ‘natural state.’ In the process, millions of tons of toxic soils are being removed and dumped—once again—in Opportunity.”

Tyer investigates the town’s role in Butte’s copper boom, but also peels away at the myths of American economic success, coming repeatedly at the expense of poor, often rural communities.

Publisher’s Weekly calls Tyer’s debut book “deeply felt and sharply penned.” Closer to home, Bill Kittredge says Tyer asks questions Montanans don’t want to think about. “Is it fair that Missoula, a thriving little city, gets its poisons cleaned up at the expense of Opportunity?” And David James Duncan praises Tyer for “[d]eploying a unique blend of journalistic acumen, lyric scholarship, and canoemanship. Tyer has fashioned an emblematic history, biopsy, and eulogy not just of a river and town, but of the thankfully dying extraction juggernauts of the post-industrial West.”

Currently managing editor at The Texas Observer, Tyer lists among his publishing credits bylines in the New York Times Book Review, High Country News, Outside and the Houston Chronicle among many others. He’s received a Knight-Wallace Fellowship, a grant from the Fund for Investigative Journalism, a writing residency from Fishtrap, as well as a fistful of awards from the Society for Professional Journalists and the Montana Newspaper Association for his work in Missoula.

Tyer’s reading is free, open to the public, and will be followed by a signing. The event takes place at 4 p.m. at Elk River Books, 115 E. Callender St. in Livingston.