Truth to Power with Pamela Uschuk and William Pitt Root

Internationally acclaimed poets Pamela Uschuk and William Pitt Root will lead a discussion of and read from their anthology of resistance, Truth to Power: Writers Respond to the Rhetoric of Hate and Fear, at Elk River Books on Thursday, October 3 at 7 p.m.

The Tucson poet laureate from 1997 through 2002, Root’s work has been widely published and honored. The Poetry Foundation describes Root as “[i]nfluenced by Langston Hughes and Wendell Berry, Root composes expansive, musical free-verse poems that are nonetheless politically engaged.” A Stegner, Guggenheim and National Endowment for the Arts fellow, Root counts among his honors three Pushcarts and a Guy Owen prize. His books include the 2006 White Boots: New and Selected Poems of the West, the PEN West Poetry Award finalist “Trace Elements” from A Recurring Kingdom: The First Five Books, and The Storm and Other Poems. 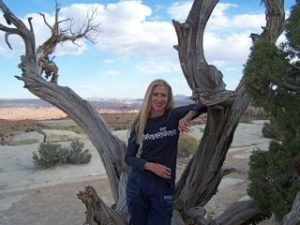 Author, activist and environmental advocate Uschuk has published six books of poems, including the American Book Award-winning Finding Peaches in the Desert, and Blood Flower, a Booklist Notable Book of 2015. She’s the editor of Cutthroat, A Journal of the Arts, and has had her poems published in more than a dozen languages and 300 journals worldwide. She’s taught across the country, from a men’s maximum-security prison in New York to the Indian reservations of the West, and has been a featured writer all over the world, from India to Israel, Sweden to Italy. Her literary honors are too numerous to list, but include the War Poetry Prize and the Dorothy Daniels Writing Award from the National League of American PEN Women. The Bloomsbury Review calls Uschuk “one of the most insightful and spirited poets today.”