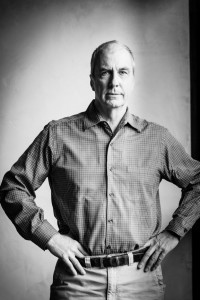 Biographer and historian John Taliaferro will read from his latest book, All the Great Prizes: The Life of John Hay, from Lincoln to Roosevelt, at Elk River Books on Thursday, July 18, at 7 p.m.

A former senior editor at Newsweek, Taliaferro has previously tackled such topics as the construction of Mount Rushmore (Great White Fathers), the life of Charlie Russell (Charles M. Russell: The Life and Legend of America’s Cowboy Artist), and the 1898 reindeer rescue mission of whalers trapped in the winter ice off Alaska’s northern coast (In a Far Country).

In All the Great Prizes, Taliaferro reconstructs the life of a man who was behind the scenes of many crucial events in early American history—“from the birth of the Republican Party, the Civil War, and the Spanish-American War, to the prelude to the First World War. Much of what we know about Abraham Lincoln and Theodore Roosevelt comes to us through the observations Hay made while private secretary to one and secretary of state to the other.

“Hay’s friends are a who’s who of the era: Mark Twain, Horace Greeley, Henry Adams, Henry James, and virtually every president, sovereign, author, artist, power broker, and robber baron of the Gilded Age. As an ambassador and statesman, he guided many of the country’s major diplomatic initiatives at the turn of the twentieth century: the Open Door with China, the creation of the Panama Canal, the establishment of America as a world leader.”

Douglas Brinkley praises Taliaferro’s new book saying, “John Hay is one of the seminal statesmen in American history. All the Great Prizes is the grand book he so richly deserves.”

Taliaferro is married to artist Malou Flato, and splits his time between Austin, Texas, and Pray, Montana. His reading is free, open to the public, and will be followed by a reception. For more information, call (406) 224-5802.