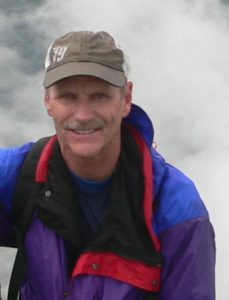 Naturalist Bruce Smith brings wilderness tales to Livingston’s Elk River Books in a free reading and discussion of his new book, Stories from Afield: Adventures with Wild Things in Wild Places, on Thursday, Nov. 17, at 7 p.m.

Stories from Afield recounts Smith’s four decades of working with large wild animals across the Rocky Mountain West as a naturalist, biologist and sportsman. The sometimes harrowing and sometimes humorous essays include experiences such as capturing newborn elk calves, stalking mountain goats on icy cliffs and being stranded on a mountain after riding out a helicopter crash.

“Bruce Smith is a great storyteller,” writes Todd Wilkinson, author of Grizzlies of Pilgrim Creek. “Here he once again demonstrates the powerful insights he commands as a wildlife biologist and his skill as an outdoor writer. This is a book of sweet, deeply personal tales. Savor them.” 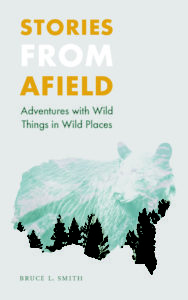 Smith retired from the U.S. Fish and Wildlife Service in 2004 after a 30‑year career as a wildlife manager and scientist. He was named Wyoming’s Conservationist of the Year in 1997 and received the John and Frank Craighead Wildlife Conservation Award in 2005. His previous book, Life on the Rocks: A Portrait of the American Mountain Goat, won two National Outdoor Book Awards.

During His visit, Smith will also work in the classroom with Park High students. The events are co-sponsored by the Murray Hotel.

The free, public event will take place upstairs at Elk River Books, 120 N Main St., in Livingston. Elk River Arts & Lectures is a non-profit organization that seeks to bring writers to Livingston for free public readings, and also to provide opportunities for those writers to interact with local public school students. For more information, call 333-2330 or visit elkriverarts.org.