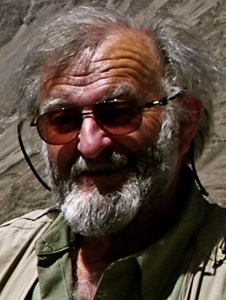 This event has been postponed until October, due to a wildfire threatening Bill and Pam’s home near Durango. We’ll update this post as soon as we reschedule.

Elk River Books will host a reading by internationally-acclaimed poets William Pitt Root and Pamela Uschuk at the bookstore, 115 E. Callender St. in Livingston, on Thursday, June 27, at 7 p.m.

The Tucson poet laureate from 1997 through 2002, Root’s work has been widely published and honored. The Poetry Foundation describes Root as “[i]nfluenced by Langston Hughes and Wendell Berry, Root composes expansive, musical free-verse poems that are nonetheless politically engaged.” A Stegner, Guggenheim and National Endowment for the Arts fellow, Root counts among his honors three Pushcarts and a Guy Owen prize. His books include the 2006 White Boots: New and Selected Poems of the West, the PEN West Poetry Award finalist Trace Elements from a Recurring Kingdom: The First Five Books, and The Storm and Other Poems. He is currently poetry editor of the Cutthroat literary journal, where his wife Pamela Usckuk is editor. 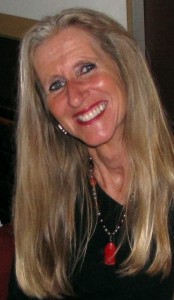 A University of Montana alumnus, Pamela Uschuk’s poems have been published in more than a dozen languages and 300 journals worldwide. She’s taught across the country, from a men’s maximum security prison in New York to the Indian reservations of the West, and been a featured writer all over the world, from India to Israel, Sweden to Italy. Her literary honors are too numerous to list, but include the War Poetry Prize and the Dorothy Daniels Writing Award from the National League of American PEN Women. The Bloomsbury Review calls Uschuk “one of the most insightful and spirited poets today.” Among her many books are the award-winning Finding Peaches in the Desert and Crazy Love, winner of the 2010 American Book Award.

Root and Uschuk currently split their time between Durango, Colorado, and Tucson, Arizona, where Uschuk has been undergoing chemotherapy for cancer (the topic of her most recent work).

The event is co-sponsored by Elk River Arts & Lectures, a new nonprofit dedicated to bringing in authors from across the country to read for Livingston audiences. The reading is free and will be followed by a reception and signing.