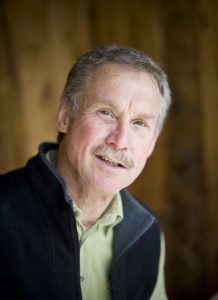 According to the publisher, “The Tangled Tree examines recent discoveries in molecular biology that have completely overturned the conventional understanding of evolution. It brings to life the most startling discoveries to come out of evolutionary research by profiling the field’s most important players. Notably, Quammen introduces readers to Carl Woese, the most important little-known biologist of the twentieth century who discovered a whole new category of life, known as archaea. Woese’s radical research and the work of others in his footsteps show that all animals, plants, fungi and other complex creatures have most likely descended from these odd, ancient microbes—meaning humans probably come from creatures that, as recently as forty years ago, were unknown to exist.” 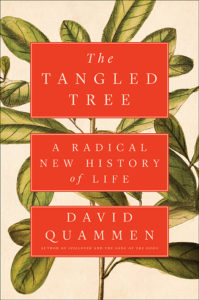 Quammen’s 15 books include The Song of the Dodo, The Reluctant Mr. Darwin, and Spillover, a finalist for the National Book Critics Circle award. He has written for Harper’s, The Atlantic, Rolling Stone, The New York Times Book Review and Outside, and is a contributing writer for National Geographic. He wrote the entire text of the May 2016 issue of National Geographic on the Greater Yellowstone ecosystem—the first time in the history of the magazine that an issue was single-authored.

“There’s no one who writes about complex science better than David Quammen,” writes Elizabeth Kolbert, author of the Pulitzer Prize-winning The Sixth Extinction. “The Tangled Tree is at once fascinating, illuminating, and totally absorbing.”

The free event will be held upstairs at Elk River Books, 120 N. Main St. in Livingston, and will be followed by a book signing and reception. For more information, call 333-2330.