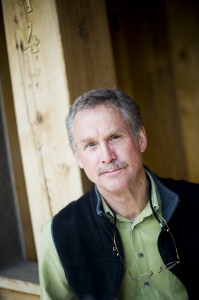 Quammen, an internationally acclaimed science and nature writer who specializes in making the complex understandable for a popular audience, has lately focused on evolutionary biology. In this book he turns his journalist’s eye on zoonotic diseases (mostly viruses) that leap from animals to humans, along with the attendant social, political and ecological consequences.

“There are so many humans on the planet now — 7 billion of us — and we live so completely interconnected with one another, and we’re pressing, ever and more insistently into the wild places where these undiscovered viruses live, that it seems highly likely, if not inevitable that something else, something new, is going to spill over into the human population,” Quammen said recently in a Time magazine interview. “It will have two characteristics. One, it’ll be very virulent, capable of killing people. Two, it’ll be very transmissible, capable of leaping quickly from one person to another. And if that happens, we’ve got big trouble.”

Quammen is the winner of the 2012 Stephen Jay Gould Prize, which is given in recognition of “individuals whose sustained and exemplary efforts have advanced public understanding of evolutionary science.” Quammen’s previous books include The Song of the Dodo (on island biogeography), a biography of Charles Darwin, The Reluctant Mr. Darwin, and Monster of God on the relationship between humans and predators.

His literary credits include articles in Outside, National Geographic, Esquire, Rolling Stone and The New York Times Book Review, among many others. He’s been the recipient of fellowships from both the Guggenheim and Lannan foundations, as well as an Academy Award in Literature from the American Academy of Arts and Letters.

The reading is free, open to the public, and will be followed by a signing. The event takes place at Elk River Books, 115 E. Callender St. in Livingston.