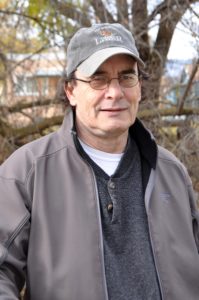 Author Matt Pavelich will visit Livingston’s Elk River Books for a free reading and discussion of his new collection of short stories, Survivors Said, on Thursday, October 27, at 7 p.m.

Survivors Said, which gathers Pavelich’s best stories of the last four decades, is the author’s fourth book. His first, Beasts of the Forest, Beasts of the Field, won the Montana First Book Award in 1989. This was followed by two novels, Our Savage and The Other Shoe. A story from Survivors Said, “Himself Adrift,” also appears as a letterpress chapbook from Aaron Parrett’s Territorial Press, illustrated by the photo collages of Peter Rutledge Koch.

Daniel Woodrell, author of Winter’s Bone, writes, “Pavelich’s prose is among the most impressive now being written, elegant, nuanced, rough when needed, the high and low of language.”

Called “uncommonly vital and original” by Evan S. Connell, bestselling author of Son of the Morning Star, Pavelich was born on the Flathead Indian Reservation and raised on a ranch in Lonepine. He is a graduate of the Iowa Writers Workshop where he was a teaching/writing fellow and also a Michener Fellow. Pavelich recently retired from the practice of law having argued cases all over Montana and American Samoa.

The event will take place upstairs at Elk River Books, 120 N. Main St., and will be followed by a book signing and reception. Elk River Books specializes in collectible outdoor, regional and Western history books, and provides a lively venue for southwest Montana’s unique literary community. For more information, call 333-2330.