Aaron Parrett on Americana music under the Big Sky 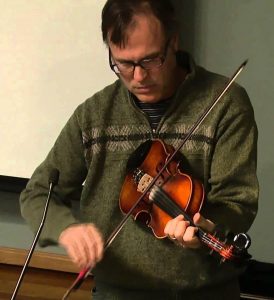 As in his previous books, Literary Butte and Montana Then and Now, Parrett brings his combination of academic acumen and a musician’s ear to provide a lively and thorough history of a fascinating aspect of Montana’s past.

“Because he is both a musician and a historian, Parrett captures the role of music in Montana’s history as well as anyone probably could,” writes novelist Russell Rowland, “and he especially offers some fabulous insights into how music has served Montanans in their quest for a sense of community.” 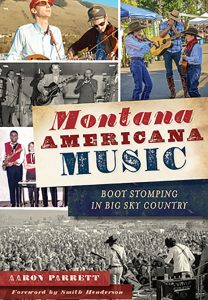 According to the publisher, “Montana’s relationship to Americana music is as wide and deep as the famed Missouri River that inspired countless musicians seated at its shores. From the fiddling of Pierre Cruzatte and George Gibson in the Corps of Discovery to the modern-day loner folk of Joey Running Crane and Cameron Boster, the Treasure State inspires the production of top-notch country music.”

In addition to his writing, Parrett has released several albums of Americana music including The Sinners, The Legend of Jim Collins and Left of the Mason Dixon Line. His music also appears in the Emmy-nominated film Libby, Montana. He teaches literature and philosophy at the University of Great Falls, and creates letterpress art and publications through his Helena-based Territorial Press.

The free event, including a reading and live music, will take place upstairs at Elk River Books, 120 N. Main St. and will be followed by a book signing and reception. Elk River Books specializes in collectible outdoor, regional and Western history books, and provides a lively venue for southwest Montana’s unique literary community. For more information, call 333-2330.