Off the Path: Readings from a Native American Anthology 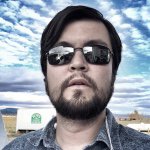 Authors Adrian Jawort and Sterling HolyWhiteMountain will travel to Elk River Books in Livingston to read from their work as featured in the anthology Off the Path, on Friday, January 23, at 7 p.m.

In an interview with Billings novelist Craig Lancaster, Jawort says the book—the first in a planned series—is geared toward Native Americans and Montanans. “A lot of these stories could easily be picked up by a respected literary journal, but your average reader would likely never come across it,” he says. “[P]eople open the book perhaps expecting something typical and almost clichéd and formulaic about Native Americans, but this is very edgy and very atypical.”

The first volume of Off the Path features five Montana Native writers with serious writing credentials, including Cinnamon Spear, a Northern Cheyenne woman with a master’s degree in creative writing from Dartmouth; journalist Luella Brien, a member of the Crow tribe and alumni of the Chips Quinn Scholars Program; and Blackfeet HolyWhiteMountain, who earned his master’s in creative writing from prestigious Iowa Writers Workshop, and was the 2010-2011 James C. McCreight Fiction Fellow at the Wisconsin Institute for Creative Writing at the University of Wisconsin in Madison. 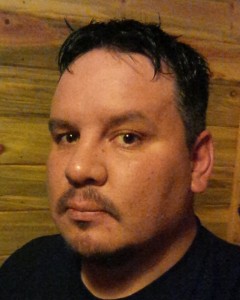 Jawort, who is a member of the Northern Cheyenne tribe, explains that the project came about when Skyview High School in Billings contemplated removing the Sherman Alexie novel, The Absolutely True Diary of a Part-Time Indian from the curriculum. The testimony at that hearing, he says, showed him the passion and hunger for realistic writing about contemporary Native American life. He plans another “volume focusing on Indians from the Southwest, and another anthology of writings by Native American women. He even speaks of publishing anthologies of fiction by natives of Australia and New Zealand.”

Their reading is free and open to the public. It will take place upstairs at Elk River Books, 120 N. Main St., and will be followed by a reception and book signing. For more information, call 333-2330.