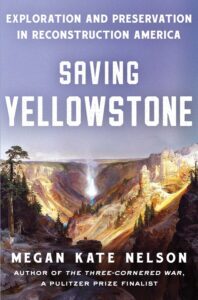 Elk River Arts & Lectures teams up with Park County Environmental Council to present a celebration of Yellowstone National Park’s 150th anniversary, featuring Megan Kate Nelson, author of Saving Yellowstone: Exploration and Preservation in Reconstruction America, and Apsáalooke (Crow) educator and cultural advocate Shane Doyle on Thursday, May 19, at 7 p.m. The free event will be held at the Shane Center’s Dulcie Theatre, 415 E. Lewis, and is made possible with the generous support of the Park County Community Foundation.

Saving Yellowstone puts the history of the world’s first national park in a wider historical context that includes national division, racial violence, railroad expansion and Indigenous resistance. It follows Yellowstone’s first surveyor, Ferdinand Hayden along with Sitting Bull, the Lakota leader who asserted his peoples’ claim to their homelands, and financier Jay Cooke, who wanted to secure his national reputation by building the Northern Pacific Railroad through the Northwest. 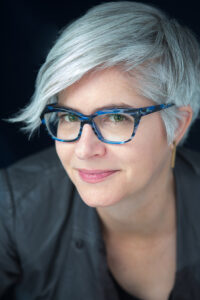 “In Saving Yellowstone, Nelson has accomplished something truly pathbreaking, writes Carole Emberton, author of Beyond Redemption: Race, Violence, and the American South after the Civil War. “She has written a new history of Reconstruction, one that shows how the exploration and conquest of the American West intersected with the ill-fated attempts to establish an interracial democracy in the South. A masterful storyteller, Nelson’s prose is as captivating as the landscapes she describes.”

Nelson is a writer and historian who has written about the Civil War, U.S. Western history, and American culture for The New York Times, The Washington Post, Smithsonian Magazine, Preservation Magazine and Civil War Monitor. In addition to Saving Yellowstone, she is the author of The Three-Cornered War, Ruin Nation and Trembling Earth, a finalist for the Pulitzer Prize. 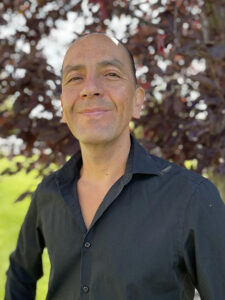 Doyle will speak about Yellowstone from an Indigenous perspective. He has been a leader on various local Native and environmental initiatives, including the Intertribal Teepee Village installation that will be part of official Yellowstone 150th anniversary events this summer. Doyle told Essential West Magazine, “What we’re hoping to accomplish with a teepee village is a presence for Native historians and tour guides so that they can speak to the tourists about their tribe’s history [in Yellowstone] and their continued presence.”

Elk River Arts & Lectures is a nonprofit organization with the mission of cultivating and celebrating the literary arts in Park County. For more information, call 333-2330 or visit elkriverarts.org.