Murder on the Yellowstone 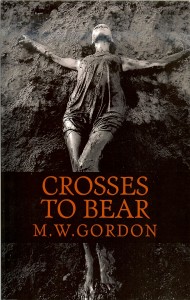 “When Macduff Brooks and his two clients approached the takeout at the end of a day’s float on the Yellowstone River, they saw Brook’s trailer wasn’t lined up with the others the ‘Shuttle Gals’ service had moved that morning. The trailer had been backed into the river and a woman’s body was nailed to a large wooden cross-strapped to the trailer. Mexican drug boss’s sister and new Paradise Valley ranch owner Victoria Montoya was the first of three obvious suspects. Another was Helga Markel, a black-leathered, heavy-metaled, twenty-something member of PARA (People Against Recreational Angling).

“The third suspect was the client Macduff had taken fishing that day—a man who had come to Montana to discuss building a controversial proposed dam that would flood Paradise Valley and destroy trout fishing on the Yellowstone River—to provide water for agriculture and coal mining.

“Macduff soon learned that the head investigator from the local country sheriff’s office dislikes him because Macduff is admired by a number of local women the deputy has his eye on. But Macduff was more interested in his old Guatemalan nemeses, Juan Pablo Herzog and Abdul Khaliq Isfahani, who continued to search for Macduff to kill him.”

Elk River Books will have copies of Crosses to Bear for sale, but the signing itself is free and open to the public.