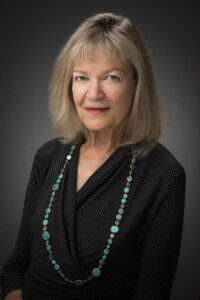 Acclaimed Missoula author Deirdre McNamer will discuss her new novel, Aviary, at Livingston’s Elk River Books, 122 S. 2nd St., on Thursday, May 5, at 7 p.m. Doors will open at 6:30, and a book signing and reception will follow.

Aviary, McNamer’s fifth novel, was named a “Best New Book to Read” by Refinery29. It revolves around the tenants of Pheasant Run, a four-story, dilapidated apartment building in Missoula, and the spiraling of secrets, crimes and desperate actions that rise from a mysterious case of arson.

A New York Times book review calls Aviary “a masterful novel illuminating the rich and hidden facets of human character among the residents of a senior residence in Montana,” and “a cleansing antidote to the last few years of political and cultural turmoil.”

The review concludes that McNamer “is a wordsmith of rare artistry who can take your breath away with a sentence.”

McNamer’s first novel, Rima in the Weeds, won the Pacific Northwest Booksellers Association Award. One Sweet Quarrel and My Russian were both New York Times Book Review Notable Books of the Year, and Red Rover was named to the best books of the year lists of Artforum, The Washington Post, Los Angeles Times, and Rocky Mountain News.