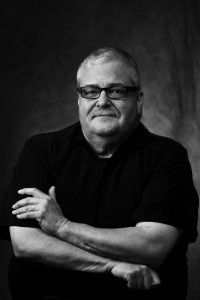 Elk River Books continues its winter reading series at Pine Creek Café with a presentation by Wyoming author Thomas McIntyre, who will read from his debut novel, The Snow Leopard’s Tale, on Wednesday, December 12 at 7 p.m.

Bangtail Press describes The Snow Leopard’s Tale as “the profound and compelling story of an animal’s transformation from predator to prey, from embodiment of the wilderness to alienated artifact of civilization…and back again. As with all great fictions, it can be read on any number of levels, from a page turner in which the reader is a part of the adventure to a multi-layered metaphor that gives us nothing less than new insights into the human condition.”

McIntyre is an accomplished, award-winning nonfiction writer, having produced “thousands of magazine articles and television scripts” for sporting journals and programs, as well as hunting and fishing books including Days Afield, Dreaming the Lion and Seasons & Days. He’s a contributing editor for Sports Afield and Field & Stream magazines, and editor of the anthology Wild and Fair (which featured contributions by Pulitzer Prize winners David Mamet and Phil Caputo).

P.J. O’Rourke says of The Snow Leopard’s Tale, “McIntyre’s meld of man and beast alerts the beast in me and alarms the man.” Author and naturalist Steve Bodio writes that while “McIntyre’s tale may have predecessors… it is unique. I strain for literary comparisons and think: Kipling, the classical Chinese poets, early Patrick O’Brian, Hopkins. I search for a definition of its animating presence: the predator, the Buddhist sage, the hunter. All fall short. I stand before The Snow Leopard’s Tale in awe and with a little envy. It is a gem, an uncanny evocation of the cold ancient dusty highlands of Central Asia.”

McIntyre will read at the Pine Creek Café beginning at 7 p.m. on Wednesday, December 12. The event is free, but dinner reservations are strongly encouraged. For more information call 224-5802, or for reservations 222-3628.