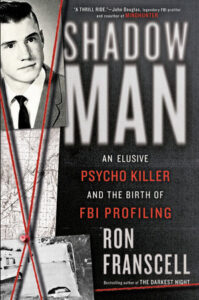 Elk River Books will host two authors for book signings on two Saturdays in May. Ron Franscell, author of ShadowMan: An Elusive Psycho Killer and the Birth of FBI Profiling, will visit the store on May 7, from 2 – 4 p.m., and James McVey, author of Loon Rangers, will visit on May 21, from 1 – 4 p.m. The public will be able to meet the authors, discuss their work and have books signed.

ShadowMan tells the entangled tales of a harrowing crime that occurred in Montana in 1973, and the introduction of sophisticated criminal profiling at the FBI, that led to the arrest of David Meirhofer, a murderer from the unlikely town of Manhattan.

Franscell is the author of 18 books, including international bestsellers The Darkest Night and Morgue: A Life in Death. His book reviews and essays have been published in The Washington Post, Chicago Sun-Times, San Francisco Chronicle, San Jose Mercury-News, St. Louis Post-Dispatch, Milwaukee Journal-Sentinel and others. 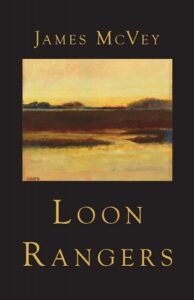 Loon Rangers follows the adventure of Mike Radke whose community service sends him on a common loon survey in the Adirondack Mountains, canoeing 100 lakes. The novel is at once humorous, provocative and darkly tragic, addressing two major issues of our time: species extinction and what it means to live in the Anthropocene.

McVey is the author of five books, including Loon Rangers, The Way Home: Essays on the Outside West and The Wild Upriver and Other Stories. He’s traveled widely and written about such places as Hawaii’s Na Pali coast, the Khumbu Valley of Nepal, the Aysen region of Patagonia, and the coral reefs of Cuba. His short stories and essays have appeared in Island, Frontieres, Divide, Sport Literate, Puckerbrush Review, Kinesis, Apostrophe, and Rolling Stock.