Matt Pavelich “The Other Shoe” 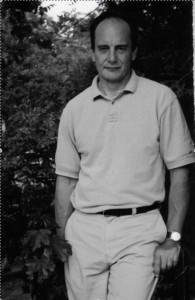 Award-winning Montana author Matt Pavelich plans a stop in Livingston to read from his latest novel, The Other Shoe (Counterpoint, 2012) at Elk River Books, 115 E. Callender St., on Monday, March 19th at 7 p.m.

Pavelich is the author of the novel Our Savage (Counterpoint, 2004) and the short story collection Beasts of the Forest, Beasts of the Field (Owl Creek Press, 1991), which won the Montana First Book Award. He’s also been awarded Michener Foundation and Montana Arts Council fellowships.

He describes The Other Shoe as “a story of good people doing bad things, an ensemble cast of Raskolnikovs being dragged or drawn toward hard reckoning in a remote corner of Montana. The book describes justice as a maddeningly moving target, but an aspiration, regardless of how unlikely it is to be attained, that is essential to our individual and collective humanity.”

A former Marine and an attorney by trade, Pavelich grew up on a ranch on the Flathead Reservation, and has lived in all corners of Montana and many corners of the world working as a prosecutor, defense attorney and as a civilian employee for the Navy. He is newly moved from the Public Defender’s office in Glendive back west to Hot Springs, MT. The Montana Public Defender News describes his legal briefs as “amazing,” while Booklist calls his first novel Our Savage “rapturous and remarkable.”

Pavelich’s reading is free and open to the public, and will be followed by a book signing and reception.