Reading: ‘Go Wild’ & ‘It Runs in the Family’ with Richard Manning 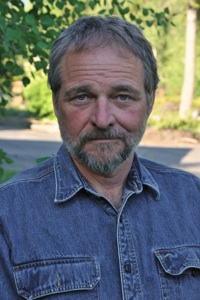 Missoula author Richard Manning will travel to Livingston to read from his latest books, Go Wild: Free Your Body and Mind from the Afflictions of Civilization and It Runs in the Family, on Tuesday, July 7 at Elk River Books.

Manning is a former newspaper reporter who began writing books after his coverage of the logging industry in the Northern Rockies cost him his job at the Missoulian. The resulting book, Last Stand: Logging, Journalism and the Case for Humility, launched his career as an author. Since then, Manning has written nine more books, including two memoirs and half a dozen works of environmental investigative reporting on what it means to live in the modern West. 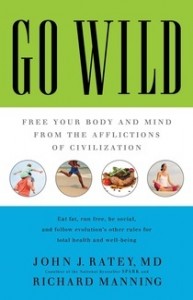 Manning’s 2013 book, It Runs in the Family, explores his childhood growing up in a right-wing, fundamentalist Christian family. It was widely praised as giving unflinching depth to the rest of his work. “Richard Manning is the most significant social critic in the northern Rockies and short-grass plains,” writes William Kittredge. “It Runs in the Family tells the blue-collar story of his family, and how he progressed from there to here. It’s fearless and incisive while cutting through a lot of nonsense.”

In the last 15 years, Manning’s journalism has taken an agrarian turn: with Food’s Frontier, Against the Grain, and Re-Wilding the West, he has explored the damage wreaked by the last 10,000 years of agriculture. Manning’s latest effort extends those inquiries to the human body. Co-authored with Harvard medical school professor John Ratey, Go Wild makes the argument that “worldwide, there is a growing and necessary trend toward restoring wild systems via ecological restoration. The Europeans call this process ‘re-wilding.’ We are arguing that the human body is every bit as complex and biodiverse, it turns out, as any wild ecosystem; and like ecosystems, it works best when restored to wild conditions. So think of this book as instructions for re-wilding your life.”

The reading is free and open to the public. It will take place upstairs at Elk River Books, 120 N. Main St., and will be followed by a reception and book signing. For more information, call 333-2330.