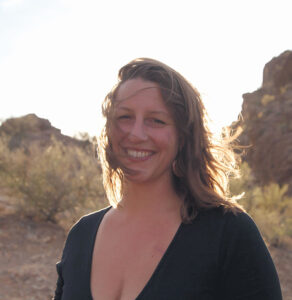 Photo by Luke Parsons
New Mexico author Katherine Standefer will present a virtual discussion of her new book, Lightning Flowers: My Journey to Uncover the Cost of Saving a Life, on Thursday, Dec. 10, at 7 p.m. The free event will stream live on Elk River Books’ Facebook page.

Lightning Flowers traces Standefer’s journey around the world to examine the moral issues that arise from the development of the internal defibrillator that keeps her alive. This intimate memoir “weighs the lifesaving potential of modern medical technology against its complicated mark on her life, and against the social and environmental costs of the mining that make such technology possible.”

“Standefer faces her own heart and the technological device that keeps it beating with the sharp eye of a journalist and the dramatic pacing of a novelist,” writes Terry Tempest Williams. “Following the supply chain from her body to conflict minerals in the Congo, we see how the world is interconnected and interrelated.” 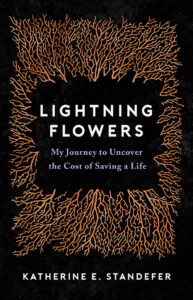 Accolades for Lightning Flowers have been extensive: It was shortlisted for the J. Anthony Lukas Works-in-Progress Award from Columbia and Harvard Universities. Named one of O, The Oprah Magazine’s Best Books of Fall 2020, it was featured in People Magazine and on NPR’s Fresh Air, and received a Kirkus starred review. Lightning Flowers was an Editor’s Choice/Staff Pick the New York Times Book Review.

Now teaching at Ashland’s University’s low-residency MFA program, Standefer was a Logan Nonfiction Fellow at the Carey Institute for Global Good and received an MFA in nonfiction from the University of Arizona. Her writing has appeared in The Best American Essays of 2016. And she has a local connection: Standefer spent the better part of a month on the Wineglass outside of Livingston while editing the book.

To view the event, navigate to Facebook.com/ElkRiverBooks at 7 p.m. on Dec. 10. You do not have to have a Facebook account in order to watch.