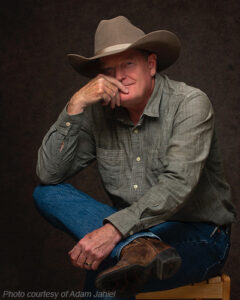 Best-selling author Craig Johnson will read from and discuss the newest addition to his much-loved Sheriff Longmire mystery series, Daughter of the Morning Star, at the new home of Elk River Books, 122 S. 2nd St. in downtown Livingston, on Thursday, Oct. 14, at 7 p.m. A book signing and reception will follow.

Daughter of the Morning Star, the 17th in the series, brings Sheriff Walt Longmire and his partner, Henry Standing Bear, to the Crow Reservation of southeast Montana to aid the investigation into death threats against the tribal police chief’s niece, Jaya Long. Jaya is the standout player of the Lame Deer Lady Stars High School basketball team, even better than her older sister, who has disappeared a year previously—a victim of the scourge of missing Native women in Indian Country. The case pits Longmire in a one-on-one with the deadliest adversary he has ever faced in both this world and the next.

Johnson was inspired to write this novel when he was attending a library event on the Crow Reservation. He was struck by a missing persons poster of a young woman hanging from a community bulletin board. While researching, he discovered a staggering statistic: According to the FBI’s National Crime Investigation Center, 5,590 indigenous women went missing last year alone. 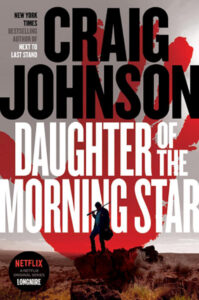 “The plight of missing and murdered indigenous women is so great that I had to reassure my publisher that the statistics contained in this novel are accurate,” says Johnson. “The numbers are staggering, and they speak for themselves. More is being done, but there is so much more to do.”

He recommends supporting the work of the National Indigenous Women’s Resource Center in Lame Deer, Montana. They can be found at NIWRC.org.

In addition to being the New York Times bestselling author of the Longmire mysteries—the basis for the hit Netflix original series Longmire—Johnson is a recipient of the Western Writers of America Spur Award for fiction and the Mountain & Plains Independent Booksellers Association’s Reading the West Book Award. His novella Spirit of Steamboat was the first One Book Wyoming selection. He lives in Ucross, Wyoming, population 25.