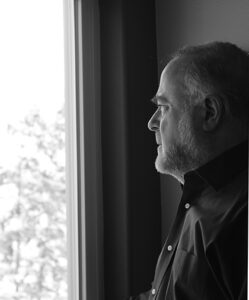 photo by Julie Gothrup
Former magazine editor John Phillips will read from and discuss his comic memoir, Four Miles West of Nowhere: A City Boy’s First Year in the Montana Wilderness, at the new home of Elk River Books, 122 S. 2nd St. in downtown Livingston, on Thursday, Nov. 18, at 7 p.m. A book signing will follow.

After retiring from four decades of writing for national magazines, Phillips moved 2000 miles west from Ann Arbor, Michigan, to Montana’s Bitterroot Valley. The closest town to his new home is Darby, deep in the mountains with a population hovering around 700. At night, he sees no one else’s lights. Hears no cars.

“Folks ask, ‘Why so remote?’” he writes. “Because there are two kinds of people in this world, and I dislike them both.”

Four Miles West of Nowhere recounts encounters with elk, a raven so intelligent he could “host The Tonight Show,” bears on the deck, truck-eating rodents, a carnivorous water bug, a boa constrictor, and a mountain lion that ate his “tame” deer Ronda. 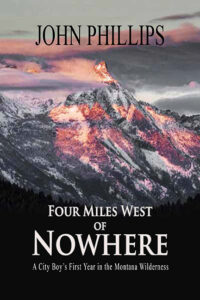 P. J. O’Rourke writes, “John Phillips has found bliss in the far, far away. But it’s a funny kind of bliss. That is, John is hilarious about his tussles with Mother Nature. And Mother Nature does hilarious things to John.”

Phillips has written for magazines for 45 years and is the former executive editor of Car and Driver. He has contributed to Harper’s, The Toronto Globe & Mail, Elle, The Cleveland Plain Dealer, Condé Nast Traveler, Smithsonian Air & Space, and Sports Illustrated. He was the recipient of the Ken Purdy Award for journalism in 2007, enjoyed a one-on-one interview with Joe Biden, and is the author of the novel Slippery, as well as the true-crime saga, God Wants You to Roll.

In an effort to keep our community safe, masks will be required and vaccinations are strongly encouraged. Masks and hand sanitizer will be available at the door. For more information, send an email to info@elkriverbooks.com or call (406) 333-2330.