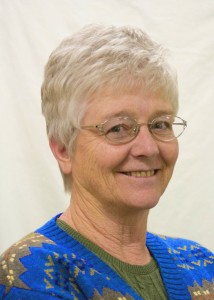 Norris author and Raven Publishing owner Janet Muirhead Hill will read from her Miranda and Starlight series of books for young adults on Saturday, February 25 at 2 p.m. The six-book series tells the story of a spirited young woman and her equally plucky horse, as Miranda navigates first the disintegration of her family, then the trials of adolescence.

“Miranda is a lonely girl, sent to her grandparents’ dairy farm in Montana while her mother stays in Los Angeles, seeking stardom,” Hill says. “Miranda doesn’t fit in with the kids in the small country school, and she believes that if she only had a horse, nothing else would matter. When she meets Starlight, a black two-year-old colt on a neighboring thoroughbred horse ranch, and the adventures begin.”

The series began, Hill says, as a story to tell her granddaughter while riding the ski lift at Bridger Bowl, but were informed by her childhood as a ranch kid in Colorado’s Yampa River Valley where she learned storytelling from her sister, and horsemanship from her father.

Miranda and Starlight was named a Notable Book by Writers Notes magazine, and is used in classrooms to help kids learn good decision-making skills. Hill has written a stand-alone novel, Danny’s Dragon, about a young boy’s grief after losing his father to the Iraq War, and two books of a planned trilogy, Kyleah’s Tree and the recently released Kendall’s Storm, about twins who were separated at age 4 by their parents’ divorce.

Hill’s reading is free and open to the public. She will be happy to answer questions and sign books following the reading.