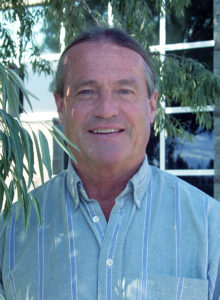 Jaeger is the founding editor of Many Voices Press, the author of eight collections of poems, the recipient of fellowships from the National Endowment for the Arts and the Montana Arts Council and the winner of the Grolier Poetry Peace Prize. Most recently Jaeger was awarded the Montana Governor’s Humanities Award for his work to promote thoughtful civic discourse. His most recent book is Earth-Blood & Star-Shine, published by Shabda Press.

Brian Schott, founding editor of the Whitefish Review writes, “In an age when even words are endangered, Earth-blood & Star-shine is a beautiful book for the non-snobby reader who enjoys the ups-and-downs of the journey we are on.” 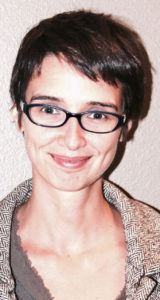 Sobral Campos is an assistant professor of literature at Montana Tech of the University of Montana. She is the co-founder of the Sputnik & Fizzle publishing series and editor of the forthcoming anthology Ecopoetics and the Global Landscape: Critical Essays. Her scholarly essays have appeared in The Emily Dickinson Journal, The Quarterly Review of Film and Video, and Evental Aesthetics. Her new book, Your Person Doesn’t Belong To You, gives voice to both the historical Joan of Arc and the fictional version as imagined in the 1928 film by Carl Dreyer.

“Alchemical in its commitment to giving sonic shape to the near imperceptible, Your Person Doesn’t Belong To You is mesmerizing, moving and strange,” writes poet Anselm Berrigan.

The free event will be held upstairs at Elk River Books, 120 N. Main St. in Livingston, and will be followed by a book signing and reception. For more information, call 333-2330.