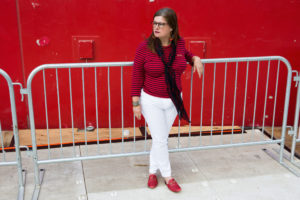 Nashville-based music journalist Holly Gleason will read from and discuss her anthology, Woman Walk the Line: How the Women in Country Music Changed Our Lives, at Elk River Books in Livingston on Thursday, Feb. 8, 2018.

The compilation features 27 essays by women musicians, journalists and novelists about the female country and roots music stars who influenced their lives. Contributors include stars like Roseanne Cash writing her mother, and Taylor Swift on 1960s rockabilly/country star Brenda Lee. The New York Times praises these pairings, saying they “shine their light on the story and the storyteller equally.”

The book has been getting rave reviews nationally from the likes of the Washington Post and People magazine, which called it “a rhapsodic, moving look at music’s transformative power.” Gleason credits this to the hunger for women’s voices, and the personal nature of the essays. 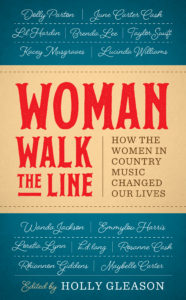 “To have Fisk’s poet-in-residence Caroline Randall Williams writing about Rhiannon Giddens and self-identity on the set of a Denzel Washington movie, or the top James Beard Foundation Award winner Ronni Lundy reflecting on Hazel Dickens and what it meant to be not just free, but strong in the ‘70s,” she says, “is palpable, visceral stuff. These are great writers looking at how their life is different because of the music, the artists … these contributors encountered along the way.”