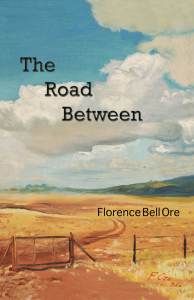 Elk River Books welcomes two Montana writers who use their own experiences to illuminate stories of ranching, murder and reservation life in the early 20th century. Florence Bell Ore and Jim Moore will read from their books, The Road Between and Ride the Jawbone (both published by the Norris-based Raven Publishing), on Thursday, April 19, at 7 p.m.

Florence Bell Ore grew up on Alberta’s Blackfoot Reserve, and spent her early years straddling “the morals and manners of the British Empire embodied in her relatives, and the tribal life of her neighbors, the Siksika tribe of Blackfoot Indians.” Her memoir, The Road Between, navigates a childhood that spanned the Great Depression, the Dust Bowl, and World War II.

Jim Moore says his ranch upbringing near Two Dot informs his 2011 novel. “Ride the Jawbone weaves a compelling story of a gruesome murder and of a young lawyer who is called upon to defend the loathsome vagrant accused of the killing a young woman and throwing her body from the train. When no established attorney will defend the alleged murderer, the judge all but orders young T. C. Bruce, newly licensed to practice law, to undertake the task. While tracking the efforts of the young attorney to save his client from the hangman, the reader is transported back in time to central Montana, its ranching communities, and the famous Jawbone Railroad.”

Wyoming mystery writer Craig Johnson calls Ride the Jawbone, “One heck of a read… You have to constantly remind yourself that it’s fiction and you haven’t slipped into Montana in 1902.”

The readings are free and open to the public, and will be followed by a book signing and reception.