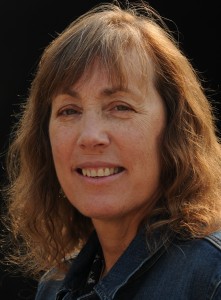 In Dakota, Florio continues the story of Lola Wicks, sending her to the Baaken oil fields. Wicks, a war correspondent who moved to Montana with a healthy case of post traumatic stress disorder, “was getting a little bored in Magpie, Montana, where she landed at a small local newspaper after being downsized from her job in Kabul. Then Judith Calf Looking, a local Blackfeet girl missing for several months, turns up dead in a snowbank with a mysterious brand on her forearm… Lola hears rumors that Judith had been working as an exotic dancer in the North Dakota oil fields, and further discovers that several Blackfeet girls, all known drug users, have gone missing over the past year. She heads out to the oil patch to check things out, only to find herself in a place where men outnumber women a hundred to one, the law looks the other way, and life—especially her own—is cheap.”

Montana won Florio the Pinckley Prize for a debut crime novel, and the Missoula Independent included Montana on its list of Books We Couldn’t Put Down in 2013. Kirkus Reviews writes that “Florio’s second novel mines familiar ground with another look at American Indian culture along the frozen U.S.-Canadian border territory, with a compelling mystery folded in to add spice to the mix… the writing is top-notch, and the action builds at just the right pace. In Florio’s capable hands, Lola Wicks is going to be around for a long, long time.”

Florio is a three-time Pulitzer Prize nominee, whose work has appeared in the Denver Post and Philadelphia Inquirer, among others; her short fiction earned her a Pushcart Prize nomination. Her reading is free and open to the public. It will begin at 7 p.m., followed by a reception and book signing.