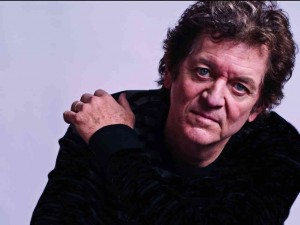 Author and musician Rodney Crowell will sign copies of his memoir, Chinaberry Sidewalks, following his performance at the Livingston Hoot on Thursday, August 7. Profits from the signing will go to fund Elk River Arts & Lectures’ fall program.

According to Hoot organizers, “Crowell is a legendary songwriter and recent Americana and Grammy winner. His current Tarpaper Sky cd is number one for the third week on the Americana Music charts and he was recently nominated as Artist of the Year by the Americana Music Association. He will be joined by an all-star band in one of his favorite places.”

The Washington Post writes that “Rodney Crowell’s memoir of his boyhood in southeast Texas is a wonder: wistful and profane, heartbreaking and hilarious, loving and angry, proud and self-lacerating. Best known as a composer and performer of country and folk music, Crowell emerges here as a prose stylist of energy and distinctiveness, a gifted storyteller who has, as it happens, an uncommonly interesting and deeply American story to tell.”

The Hoot bandstand will be set up outside Elk River Books, 120 N. Main St., which is where the signing will take place at approximately 9:45 p.m. For more information, call 333-2330.