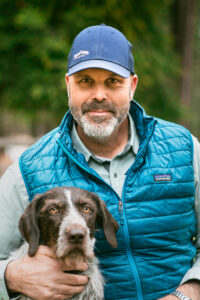 Photo by Mandy Mohler
Former firearms executive Ryan Busse will read from and discuss his memoir, Gunfight: My Battle Against the Industry that Radicalized America, at the new home of Elk River Books, 122 S. 2nd St. in downtown Livingston, on Thursday, Oct. 28, at 7 p.m. A book signing and reception will follow.

Gunfight tells the story of how Busse’s upbringing within the family traditions of sustainable hunting practices and admiration for finely crafted rifles led him to his dream job selling of millions of firearms for Kimber, one of America’s most respected gun companies. Unfortunately, as the industry was pulled into extremism, and well-made hunting guns the likes of which “would never be found at a crime scene” were more and more replaced by cheaply made assault rifles and other “tactical” weapons that were being pushed by the National Rifle Association—as well as white supremacist and radical militia groups—Busse found himself fighting against the industry he once championed. 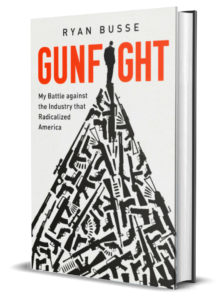 The publisher describes Gunfight as “an insider’s call-out of a wild, secretive, and critically important industry. It shows how America’s gun industry shifted from prioritizing safety and ethics to one that is addicted to fear, conspiracy, intolerance, and secrecy. It recounts Busse’s personal transformation and shows how authoritarianism spreads in the guise of freedom, how voicing one’s conscience becomes an act of treason in a culture that demands sameness and loyalty. Gunfight offers a valuable perspective as the nation struggles to choose between armed violence or healing.”

U.S. Senator Jon Tester writes, “Woven through this riveting personal story is a message for millions of reasonable Americans who are not happy with being branded and manipulated by the political extremes. Gunfight reveals the truth about the roots of our national division and many people will see themselves in Busse’s resistance to extremism.”

Busse helped build one of the world’s most iconic gun companies and was nominated multiple times for the prestigious Shooting Industry Person of the Year Award. He is an environmental advocate who has served in many leadership roles, including as an advisor for the United States Senate Sportsmen’s Caucus and the Biden presidential campaign. He remains a proud outdoorsman, gun owner, father and resident of Montana.