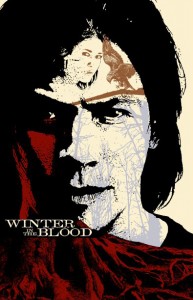 The late Welch is one of Montana’s most celebrated writers, whose most famous works include Fools Crow and Killing Custer. Welch often set his stories on the Blackfeet reservation where he grew up. In Winter in the Blood, he tells the story of Virgil First Raise, who embarks on a wild and comic odyssey to retrieve his renegade wife—and the beloved rifle she stole.

Matthiessen is arguably America’s pre-eminent living author, and a two-time National Book Award winner: in 1980 for the account of his journey to the Himalayas, The Snow Leopard, and again in 2010 for his most recent novel, Shadow Country, the fictionalized story of the infamous Florida outlaw, E.J. Watson. Matthiessen was a friend of Welch, and his familiarity with reservation life can be traced through his books, Indian Country and In the Spirit of Crazy Horse.

Joining Matthiessen in tribute to Welch will be poet and novelist Jim Harrison, who lives part time in Montana’s Paradise Valley. Harrison’s works, including Dalva, The Theory and Practice of Rivers, The Road Home, and Legends of the Fall (among many others), place him among the finest of American writers.

Doug Peacock is a renegade naturalist, grizzly bear expert, former Special Forces medic, disabled Vietnam veteran, wildlife advocate, defender of wilderness and author of many articles on conservation issues, as well as four books including two memoirs Grizzly Years: In Search of the American Wilderness and Walking It Off: A Veteran’s Chronicle of War and Wilderness. He too counted Welch as a friend.

Welch’s widow, retired University of Montana professor Lois Welch, plans to read one of her favorite selections from the book involving the Airplane Man. Other writer friends of James Welch, as well as cast members of the film may be on hand to speak as well.

The readings will begin at 7 p.m. on Wednesday, September 7 at the Dulcie Theater of the Shane Lalani Center for the Arts, 415 E. Lewis St. in Livingston, with book signings to follow. Tickets for the event are $40, and available beginning August 1 at Elk River Books, 115 E. Callender St., in Livingston, or over the phone at 406-224-5802.

For more on the film, visit www.winterinthebloodfilm.com.